Welcome to the Parsley-Tucker Team Homepage! Meet Bill "This business is not just about money; it's about caring...really caring about the families and their needs as they buy or sell their home." 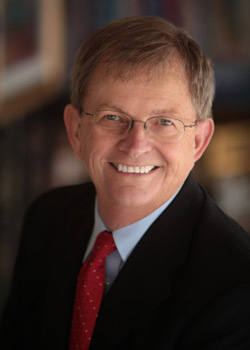 The son of real estate agents, Bill Parsley is no stranger to the business. His parents owned Parsley Realty in Oklahoma. There they were homebuilders, helping develop housing areas in the 1940s and 1950s. Bill's mother was one of the 1st licensed real estate agents in the area.She was also the county treasurer and an insurance agent.

Bill graduated with his Bachelor of Science from Oklahoma State University in 1981. After that, he worked as a claims representative for the Social Security Administration and also as a financial analyst and director of community planning for the US Department of Housing and Urban Development. He received his real estate license in 1983. Bill became a real estate broker in Little Rock, AR. He was the driving force behind his wife, Michelle, becoming a real estate agent. Bill eventually retired and joined Michelle in the day-to-day operations.